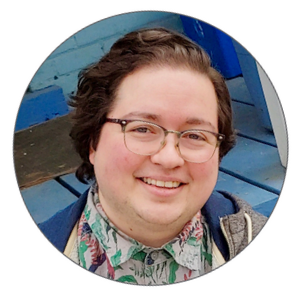 Alumnus Owen Bondono (B.S. Ed. ’15) was named the 2020-21 Michigan Teacher of the Year in July. An English language arts teacher in the Oak Park School District, Bondono will enter his sixth year of teaching in the fall and is now in the running for the National Teacher of the Year award.

More than 400 teachers were nominated for Michigan Teacher of the Year last fall. After making it through two rounds, Bondono was named the Region 9 Teacher of the Year in April. All 10 finalists — including alumna Janine V. Scott (MAT ’00), a math teacher at Davis Aerospace Technical High School in Detroit who was named Region 10 Teacher of the Year — interviewed with a panel of statewide education stakeholders, presented a short professional development module and answered questions on a range of topics relevant to issues faced by today’s teachers.

It is an honor Bondono does not take the lightly, and he said he wants to use his platform to make a difference.

“Being the 2020-21 Michigan Teacher of the Year feels unreal,” he said. “There are so many amazing educators in this state, and it's an honor to represent them. For me, this award is a chance to advocate for all teachers and students and my fellow LGBTQ+ educators, in particular. I have a sense of urgency and purpose in using this opportunity to create change where it's needed.”

As Michigan Teacher of the Year, Bondono will serve as a representative and advocate for Michigan’s more than 90,000 teachers. He will engage in discussions on how to continue improving Michigan's schools with a non-voting seat at the monthly State Board of Education meetings and as a member of the Governor’s Educator Advisory Council. In addition, Bondono will serve on the Michigan Teacher Leadership Advisory Council with the other Regional Teachers of the Year. Council members will work directly with the Michigan Department of Education and other Michigan educational stakeholders to find solutions to issues facing the state’s schools and children and ensure that teachers’ voices are present in these discussions.

In his new role, Bondono hopes to elevate the voices of marginalized members of the education community and ensure equity in students’ educational experiences during the pandemic.

“Education already has an opportunity gap that negatively impacts marginalized populations. Public education that relies on technology and internet — both of which are expensive resources — widens the gap,” he said. “However, returning too quickly to in-person schooling only exacerbates the effect of the pandemic on already vulnerable communities. Schools must meet students where they are, and during remote learning that means providing technology, alternate routes to learning, asynchronous and flexible options, and anything else to ensure students are learning from the safest possible environment.”

Bondono worked as a paraprofessional, substitute teacher, summer school teacher and English as a Second Language testing coordinator while earning his teaching certificate at Wayne State. He majored in secondary education and earned certification in English (6-12) and English as a Second Language (6-12) and said he felt called to pursue a career in education.

“Everything I've ever loved doing has been about bringing people together and helping them on their journeys,” he said. “Being a teacher lets me do that for a living. Being an English teacher allows me do it while expanding my students' critical thinking and communication skills, along with their empathy.”

Bondono said family members who were educators also influenced him. Two of his biggest inspirations were his sister — who taught in the Detroit Public Schools Community District before becoming a professor of education at Northern Kentucky — and his brother-in-law, a teacher who also earned his undergraduate degree from Wayne State.

Bondono said the time he spent at Wayne State allowed him to obtain insight into educational issues and build his confidence and connections with future colleagues.

“Studying at Wayne State allowed me to earn my degree while I gained experience in the field,” he said. “Many of my professors were local educators, and they showed me the realities of modern teaching. I also had an amazing cohort of peers, many of whom I still rely on. At Wayne State, I learned to trust my own teaching instincts while finding support from others.”

Bondono, who is transgender, serves as the faculty advisor for the Queer-Straight Alliance at the Oak Park Freshman Institute, a facilitator for LGBTQ Student Safe Spaces, and a member of the Anti-Racist Leadership Institute and Resource Coordination Team. He strives to ensure school is a safe, supportive space for all students, and he believes love is at the center of helping students succeed.

“Students don't learn when they don't feel safe,” he said. “Science shows our brains don't perform as well when we're stressed, and modern schooling can be a very high-stress environment for some kids. If we want students to be truly engaged and learn at their highest potential, we have to minimize their stress and make them feel safe and included in the classroom environment. Students must be loved before they can be challenged.”